Tsum Valley Trek is an adventure where interested trekkers can now venture into this remote and isolated country well hidden from rest of Nepal Himalaya. Since it is a restricted region, the trekkers are limited in numbers as extra special permits are required to enter into the beautiful Shangri-la of Nepal.

Tsum Valley is situated behind massive range of Ganesh Himal and close to great Manaslu range of mountain. Ganesh Himal, known as ‘Yangri’ in local Tsum language of Tibetan origin and Manaslu known as ‘Kutung’  is an interesting adventure to experience around the hidden valley of Tsum.

Due to its remoteness, the journey to Tsum valley is an interesting part of adventure where visitors can soak into lovely scenery enclosed with array of white-snow peaks within dry and arid country and yet beautiful and amazing place to be once in your lifetime.

Tsum Valley falls within restricted areas of Nepal Himalaya, located Far North and Mid-West of the country around the district of Gorkha and on old Trans Himalaya Salt and Caravan Trade Route of Nepal to Tibet.

The word Tsum comes from ancient Tibetan language known as ‘Beyul Kyimolung’ which means Valley of Happiness. It is truly a great scenic valley of Tsum where you will have excellent moments soaking into local native cultures of great interest and visiting its old impressive monasteries of Mu and Rachen Gompas.

As walk progress reaching green alpine hills and lovely farm villages of Jagat and Philim, air gets cooler reaching higher elevation. Then our route diverts from the main Manaslu trekking path from small village of Lokpa. 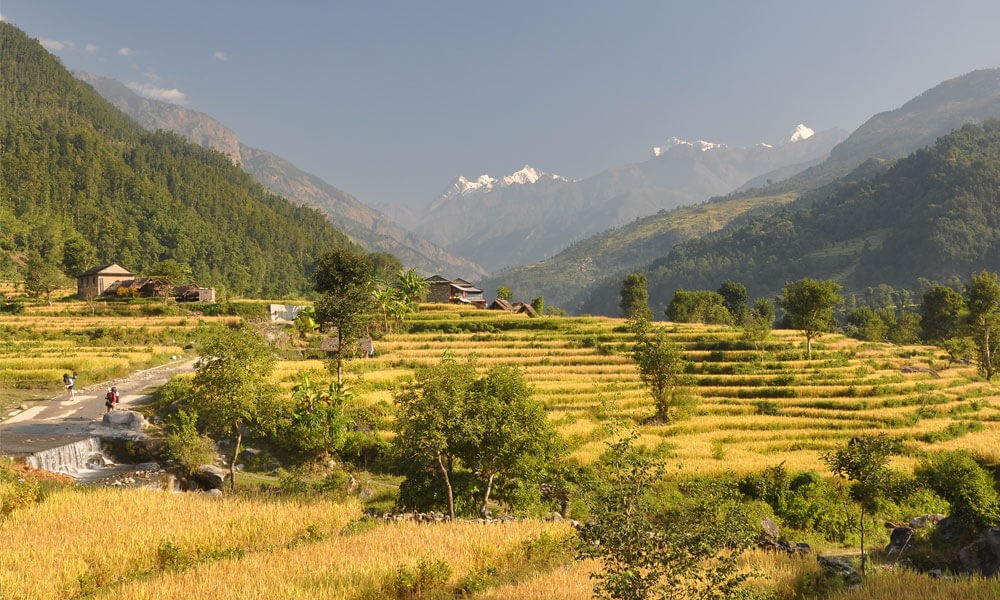 From here heading due North East and close behind towering bulk of Ganesh Himal range to enter into the valley of Happiness at Tsum, exploring cultural villages of Chokanparo and Nyle. On the way through visit historical and religious meditation caves of Milereppa, a holy and famous saint of 11th Century then walking into high Mu Gompa and its impressive Monastery.

Mu Gompa is the highest point of the adventure located above 3,700 m / 12,139 ft high with spectacular scenery of surrounding high white peaks with eroded hills and high rocky cliffs within scenic valley where north route leads to the border of Tibet.

Mu Gompa is an interesting and oldest monastery of the region enriched with ancient arts and idols of Lord Buddha known as Sakyamuni with other great Buddhist Gurus surrounded by colorful fresco and bright painting called ‘Thanka’ a religious painting and work of fine arts.

After Mu Gompa with cultural experience around its impressive time forgotten villages of simple farm and heritage traditional life, where walk takes you to next interesting village of Rachen and its famous old monastery.

From Rachen area visiting its nice monastery, walk leads back into green tree lines and within more cultivated farm villages to reach low warm country to Soti-Khola for exciting drive to Kathmandu, after a great adventure and remarkable experience on Tsum Valley Trekking.

Lower area is mixed of ethnic tribes of people with warm farm country of Gorkha district with Gurung, Magar and Tamang of both Hindu and Buddhism religions. The lower valley includes Hindu tribes Brahmins, Chettries and Dalits of varied traditional farm life and cultures.

Higher hills and around Tsum Valley is dominated by Tsum people also known as Bhotia of strong Tibetan origin due to closeness Tibet border from Tsum valley. The  ancient heritage is of Buddhism religion and culture of great interesting custom and traditional farm life with cattle herding of Yaks and other animals. 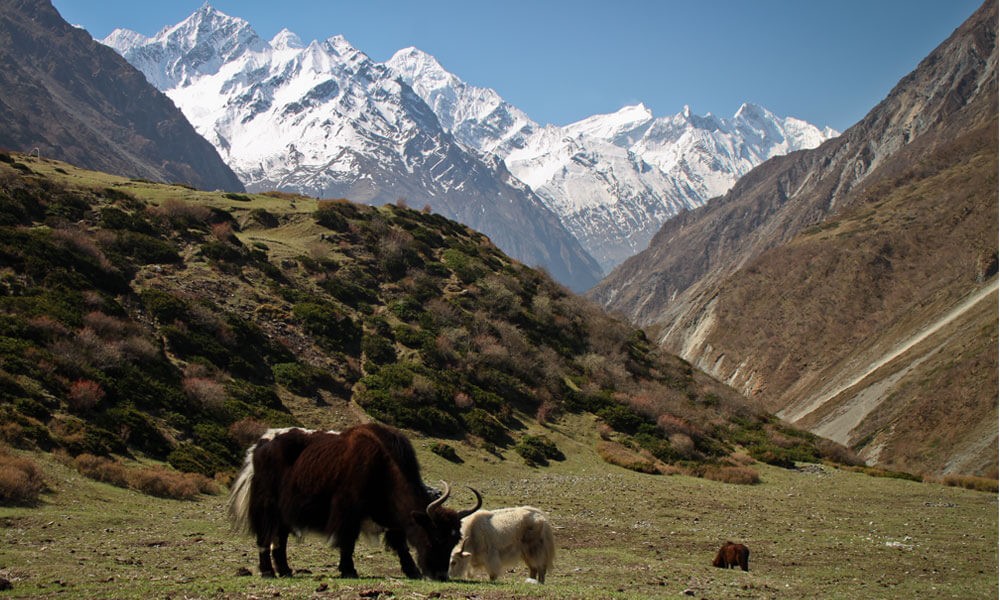 Day 08: Rest day in Mu-Gompa to explore around

Due to the nature of its remote location close on route to Tibet border, special permits required to be obtain from Government Registrated Trekking Company with Licensed Guides to show you the beautiful country with enjoyable time, safe and secure.

Tsum Valley Trek is of Moderate to Adventurous grade due to touch of high altitude reaching at above 3,700 m / 12,139 ft high. Walk is not that difficult but leads to high climb and steep descend with few gradual walking path.

Ups and Down Hill walks is the same all around Himalaya destinations. Whereas on this trek starting with winding ups some area with gradual climb and few sections of steep climb for few hours.

Return journey is enjoyable with much downhill to reach back into warm sub-tropical area, the climb on walks is not that strenuous or tough, as long as one takes it slowly with enough stops to enjoy the views as well for refreshing breaks. 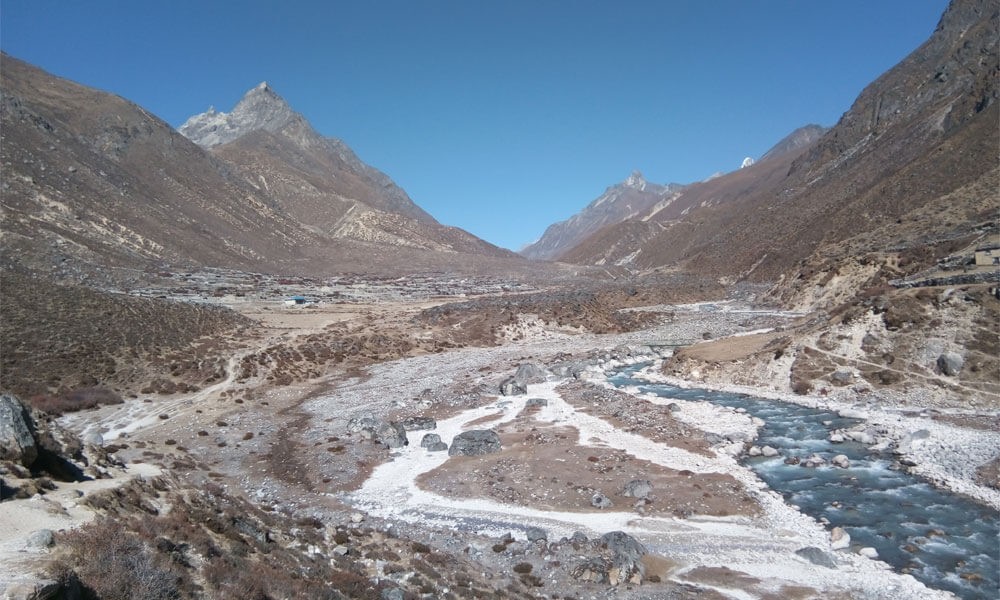 Tsum Valley Trek cost is quite high than other normal popular areas of trekking. One needs to obtain special permits that cost extra than other usual trekking fees, the area remains as restricted zone saving its pristine environment as it was for many years.

With special permits, it controls the flow of many trekkers. This way it helps to maintain the country of Tsum valley special and keeping its hidden culture and beauty free from being unspoiled.

April to May and September to early November are best months of the year. April and May mid hills are bright with colors from wildflowers in full blooming season, especially the rhododendron of various species and national flower of Nepal.

Days are clear most of the time with enough sunlight hours during spring time of April and May. Sometimes mid and late afternoon can get overcast with light thunder shower. Thus you can expect snow on higher altitude above 2,000 m high, cold in the morning and night times including around shades away from sun.

Lower areas are green and fertile for agricultural farming. Accordingly, around the high altitude of Tsum valley, the landscapes are dry of windswept terrain similar to Tibetan arid plateau but beautiful with amazing scenery of the country.

September to early November are best months with clear blue sky and for mountain views and pleasant walk. However, there will be short sunlight hours due to autumn and fall season, cold in the night and morning time as well in shady areas with freezing temperatures from high above 1,800 m onwards. It can snow sometimes even in good times of the year.

Tsum Valley Trek is a beautiful and hidden last Shangri-la of Nepal Himalaya due to its pristine and undisturbed surroundings with less number of trekkers that makes Tsum Valley one of the most special and exclusive area for trekking.

A great opportunity for interested travelers to enjoy the beauty of Tsum Valley, one of the few places in Himalaya untouched by mass flow of trekkers and adventurer that makes the area of Tsum an adventure destination of great interest.