Makalu Circuit Trekking is one of the challenging adventurous destinations in the Makalu region of Nepal. The trek requires previous experience of trekking or mountain climbing. The trail to Makalu Circuit trek involves crossing some of the toughest passes such as Sherpani Col at 6,180 meters, West Col at 6,190 meters and Amphu Laptsa La Pass at 8,850 meters.

Makalu Circuit trek will give you a chance to witness some of the amazing views of world’s highest mountain ranges including Mt. Everest 8848m, Mt. Kanchenjunga 8586m, Mt. Lhotse 8516m, Mt. Makalu 8485m and many more snow-capped mountains. The beauty of this destination is beyond your imagination. Some of the other peaks that you will get to witness are Baruntse, Ama Dablam, Pumori, Nuptse and Thamserku.

Makalu Circuit Trek is a rarely trekked route with several captivating settlements where the culture and tradition of the local villagers are yet to get explored. The trek is rich in biodiversity, unique landscape and vegetation. The trail goes through Makalu Barun National and Sagarmatha National Park which is abundant of wild flora and fauna. You will get a chance to encounter some of the rare species of animals such as red panda, musk deer, Himalayan Thar and many more. The trek will give you one of the most impressive scenes that you can experience by the Himalaya. You will walk towards the high mountain lakes, deep valley meadows and overall ice kingdom of Makalu. This will give you a lifetime of experience. 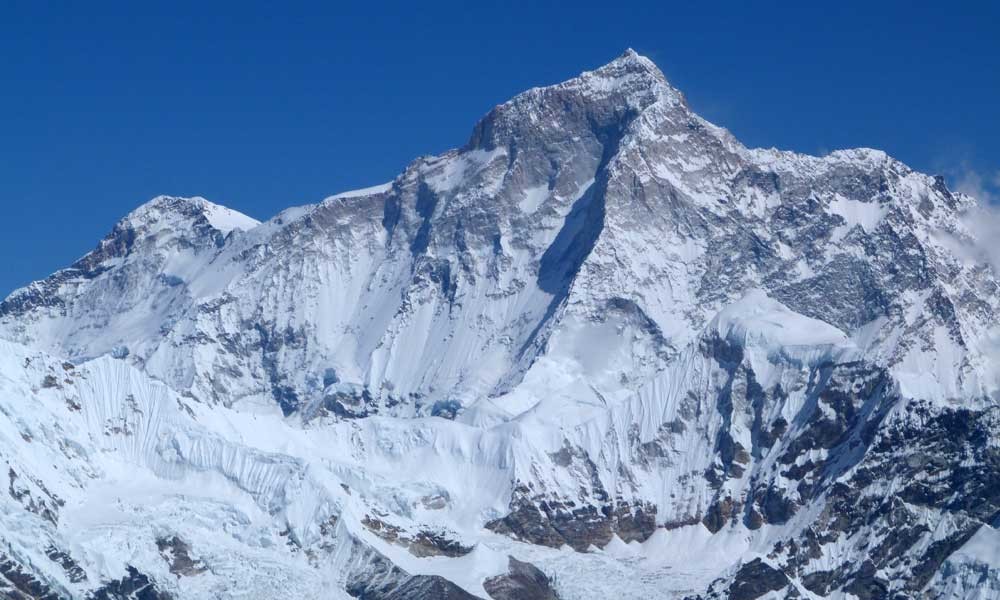 Good physical fitness and physical strength is a must during Makalu Circuit Trek. If you want to master yourself and have successful trekking experience, March to May and September to November would be the best time to go. So, if you want to get the lifetime experience of trekking to the Makalu region, join us at Marvel Adventure.

Day 01: Arrive in Kathmandu {1,400m altitude} and Transfer to Hotel

Day 23: Flight from Lukla to Kathmandu

The best time for Makalu Circuit Trek is similar to most of the trekking destinations in Nepal. So, Autumn and Spring would be the best time for Makalu Circuit Trek. Autumn and Spring are favorite among most of the trekkers from all around the world. Autumn falls during the month of September, October, and November whereas Spring falls in the month of March, April, and May.

Autumn is the post-monsoon season in Nepal and Spring is the Pre-monsoon season. So, due to this reason, the Makalu region expects little or no rainfall during autumn and spring. During early September and late May, you might expect some light rain around the area. The weather and temperature of the Makalu region are absolutely perfect during these seasons. The average daytime temperature ranges between 15-20 degrees and the nights and morning might be quite chilly.

During Spring, the natural beauty of the Makalu region reaches its maximum height. You can smell the fragrance of rhododendrons as you walk through the rhododendron forest. Likewise, the sky becomes clear which will allow you to have great views of the snow-covered magnificent mountains.

Autumn and spring can be a decent time for beginner trekkers as well. Trekking during the peak seasons is comparatively easy and less challenging than off-season treks. 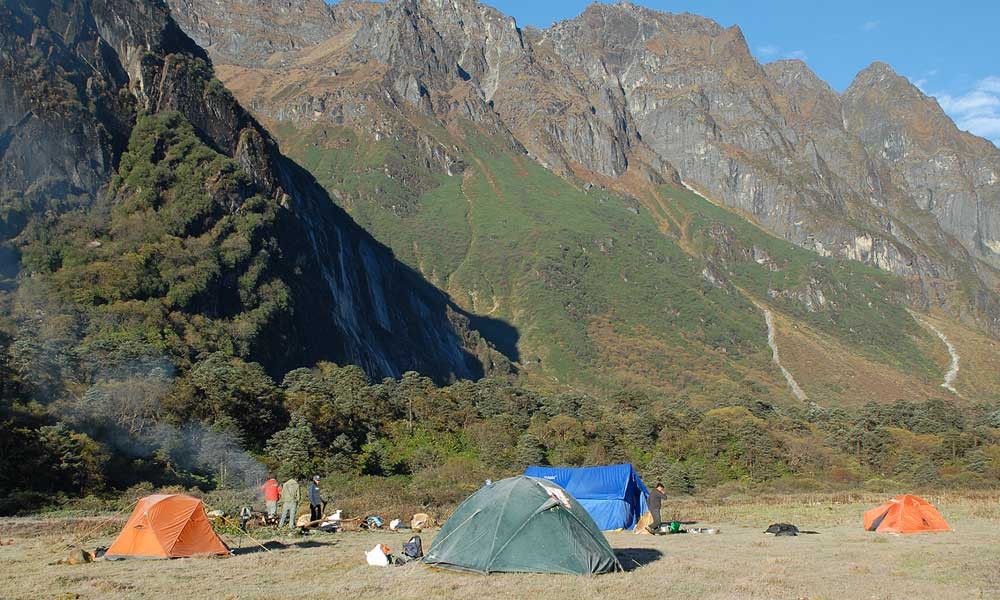 Makalu circuit trek is one of the most challenging treks to do in Nepal that has yet to be explored. It is a less traveled trekking destination as lies in the restricted region of Nepal. As you trek to the Makalu Circuit, you will come across three different passes which are some of the most difficult parts during the trek. The passes such as West Col (6,190m), Sherpani Col (6,180m) and Amphu Laptsha (5,950m) make the trek tough and demanding.

So, the Makalu Circuit Trek is physically demanding and challenging. The trek is generally recommended for the ones who have a previous trekking or climbing experience and is physically strong and fit. Beginners may have to face a lot of difficulties while trekking to the Makalu Circuit. Therefore, it is better to have some trekking experience or engage in some physical exercise before you start your trek.

The trek involves walking through steep paths, narrow ridges, climbing uphill towards high glacier lakes and downhill to reach small village settlements. Since it is a long and lengthy trek, you will have to walk for about 6-7 hours a day in an average. Most trekkers tire themselves after walking for hours continuously.

One of the major difficulties that trekkers face while trekking to the Makalu Circuit is Altitude Sickness. Altitude sickness is very common when you trek to a higher altitude. During the Makalu Circuit Trek, you will have to climb up to the height of 6190 meters at West Col Pass which is the highest point of the trek. When crossing the pass, you may feel difficulty in breathing. This is the sigh of altitude sickness. Along with this, some of the major symptoms of altitude sickness are headache, fever, nausea, vomiting, diarrhea, dizziness, etc. descend to lower elevations immediately if you have any of these symptoms.

Likewise, weather and temperature play a vital role in determining the difficulty level of your trek. Especially during winter and monsoon seasons, the weather and temperature of the Makalu region become harsh and unbearable. The trekking trail becomes wet and slippery because of the monsoon rain. And the temperature reaches minus during the winter season. Due to this, Makalu Circuit Trek in monsoon and winter seasons might be uncomfortable and difficult.

Makalu Circuit Trek trek follows less explored off the beaten trails which passes through remote and less visited areas of Makalu National Park. The route then follows the world’s popular classic trail of Everest Base Camp when returning.

The journey begins from a sightseeing tour around the Kathmandu valley and a flight to Tumlingtar. From Tumlingtar, you will take a drive to Khandbari which is the starting point of your trek. The trekking begins with a scenic and simple walk and then gradually towards tough and challenging routes. From Khadbhari, you will walk through some of the beautiful places of the Makalu region such as Chichira, Num, Seduwa, Tashigaon, Kauma Danda, Mumbuk, Nehe Kharka, Shersong and many more.

Walking for more than a week through all the beautiful settlements of the region, you will reach Makalu Base Camp that sits at the height of 4800 meters. It is at the Makalu Base Camp where you will take proper acclimatization before you cross the Sherpani Col Pass at 6180 meters which may be quite demanding. The route then follows a wider path to pass the West Col standing at the height of 6190 meters and the Amphu Lapcha Pass at 5850 meters.

After crossing some of the serious passes, you will then descend towards the route to the Everest Base Camp which involves safe and comfortable walk. You will follow the trail towards Chhukung, Tengboche, Namche Bazaar and then to Lukla. It is at Lukla airport from where you will take a flight back to Kathmandu.

You may also like: Makalu Base Camp Trek Itinerary 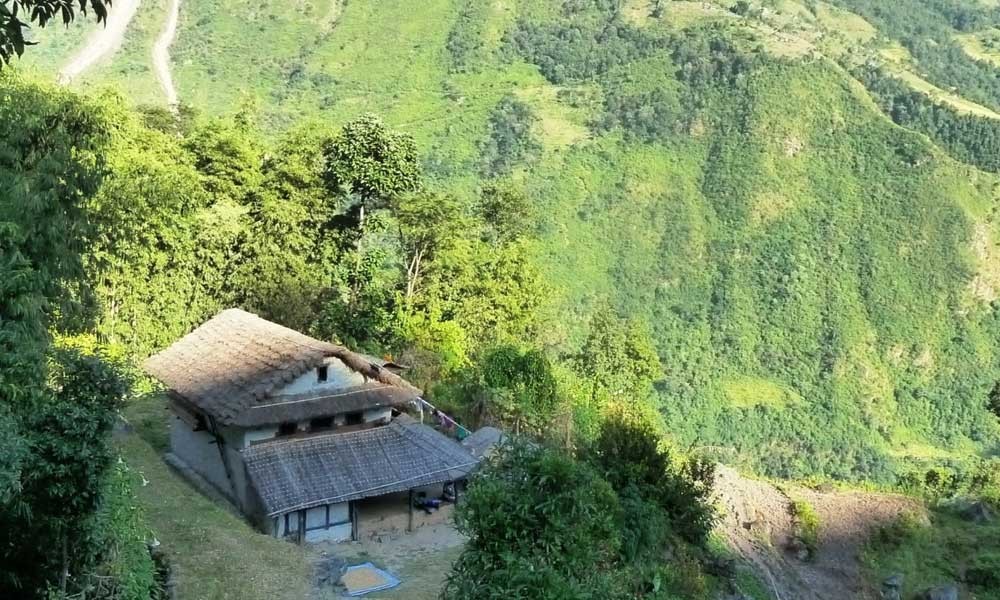 Some Tips for Makalu Circuit Trek

Overall, Makalu Circuit Trek is one of the most beautiful treks to do in Nepal but yet sits in the shadow of Everest and Annapurna region trekking. It consists of several attractions that deserve our attention. In recent years, the number of people trekking to the Makalu Circuit has increased. If you are someone who wants to avoid the crowd and want to have peaceful trekking experience to off the beaten paths Treks in Nepal, Makalu Circuit Trek would be the one for you.

Marvel Adventure provides you with a well-designed itinerary suitable for everyone. We can also customize your itinerary according to your choice and preference. Do not hesitate to contact us if you have any confusions regarding your trip to Makalu Circuit Trek. We have a well-experienced guide who will be there to help you throughout your trekking journey.