Everest Base Camp with Island Peak in April

April makes up for a great time for long-duration treks in Nepal. In the northern hemisphere, April occurs in the midst of spring. It brings the best aspects of spring with vibrant wildlife and stable weather. You will get long hours of daylight and moderate temperature throughout the day. The trails will be dry and convenient to walk with little to no issues with transportation.

You may also like: EBC with island peak climbing in March and May

How You Can Benefit from Your Trek to Everest Base Camp with Island Peak in April? 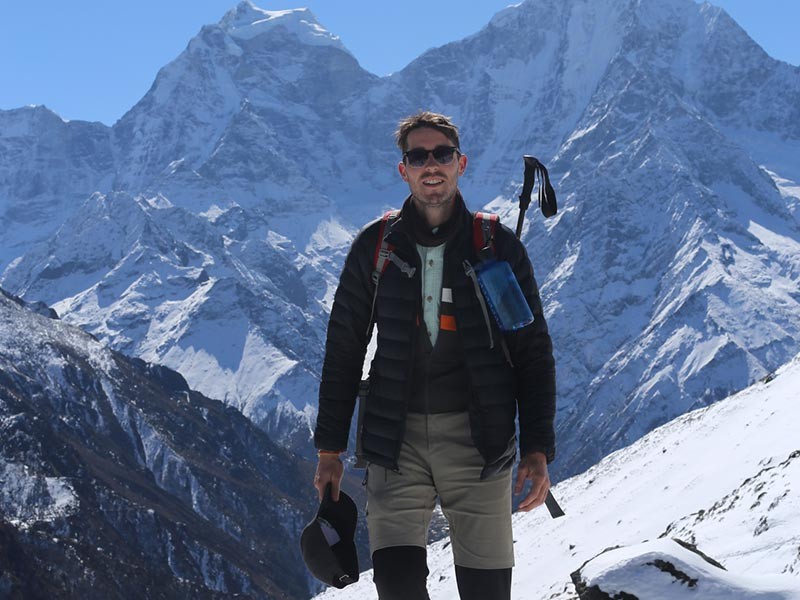 The temperature of spring starts getting relatively higher after passing the cold winter months. April brings in comparatively higher temperatures than the early spring of March. But the Everest region’s trekking trails will have a very moderate temperature.

The average temperature throughout April will range from 1 degree Celsius to 12 degrees Celsius. There won’t be sweltering heat, or freezing cold, which could cause potential hassles. You need not worry about carrying heavy warm clothes during April. The moderately vibrant climate also prevents sweaty, exhausting walks as the heat will be bearable.

The EBC trek and Island peak climb are popular for the amazing vistas of mountain ranges. Along with that, you can also get views of natural landmarks and vegetation of the region. During April, these vistas become immaculate. You will get amazing unrestricted views of the nearby mountain ranges like Ama Dablam, Nuptse, Lhotse, Everest, etc. The Everest region’s wildlife, like snow leopards and Himalayan Thars, can also be visible in April.

You can also see the Dudh Koshi river and nearby springs voluminous and pretty. The Rhododendron shrubs will have bright, colorful flowers blooming along the trails. It makes the overall journey very scenic and heartwarming.

The high-altitude trails of EBC and the Island peak of Khumbu are infamous for their erratic weather. The chances of rainfalls, strong winds, snowfalls, etc., are very high. They occur quickly and very sporadically. But these weather variables become rather stable and easy to forecast during spring.

The winter and summer months bring sporadic weather changes. But autumn and spring months bring relatively predictable weather. So, on your trip to Everest base camp with island peak in April, you need not worry about sudden weather changes. Your packing list will be constant and need not consist of tools to cover varying weather.

The late spring, during May, might bring weather features of monsoon. But April will be the best time to expect stable weather on the Everest trekking trails.

With its full-blown spring environment, April brings in very few changes, humidity, rainfall, or snowfall. Most of the trails will be very dry and convenient for walking and climbing. During times of harsh weather, trails will be very slippery. Rainfalls and snowfalls cause such slippery trails and increase the chances of accidents and falls.

A dry and convenient trail is very important in your Everest base camp trek with Island peak climb. You might be able to practice a little caution and risk minor falls during normal walks. But the climbing of Island peak should be ventured with a lot of caution. Mountain climbing is a technical task, so ensuring your trails are dry is a good way of planning your climb.

So, plan your trek in April to make sure your trip is comfortable with minimal risks.

The trekking trails are quite crowded in the Everest region during April. April makes up for the peak trekking season in Nepal. So, people from all around the world can be found trekking along the trails. This makes up for a great opportunity for you to fraternize with people around the world. You get to understand the trekking and mountaineering community up close. People from different cultures and lifestyles gather together to trek. It also gives you a great chance to learn and share your cultures and way of living.

You might make many new friends and perhaps even plan new trips together.

Nepali people do not follow the gregorian calendar officially. The regular calendar of the Nepalese has a separate assortment of months and a separate new year. The month of Baishakh, as per the Nepali calendar, marks its new year.

The month of Baishakh happens to fall in the middle of April. So it makes April be more vibrant time to visit Nepal. There will be a festive and refreshing environment in the country, which gives you more reason to plan this trip in April. 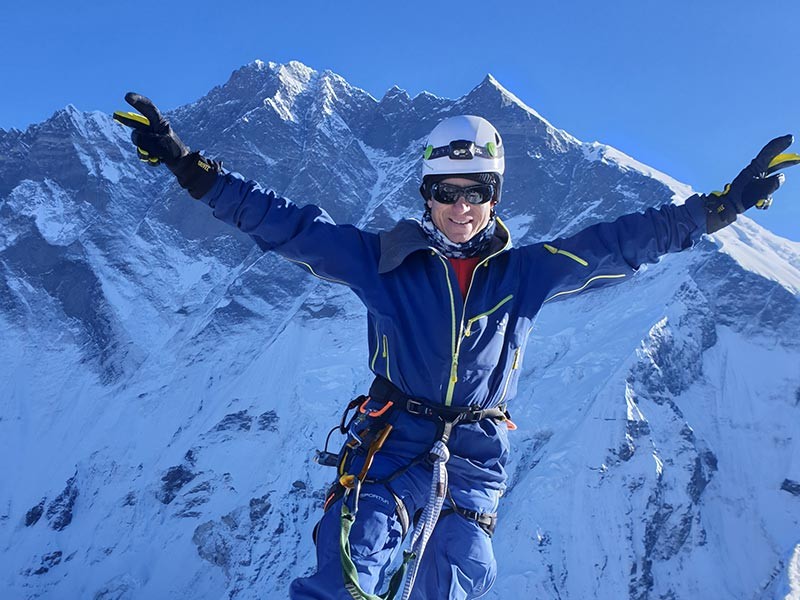 You might face issues acquiring accommodations in the Everest trails during April. The issues regarding flight tickets being overbooked might also occur. Since April falls among the peak trekking seasons in Nepal, many people try to get hold of plane tickets and accommodations. So to ensure your trek is comfortable, you ought to make prior reservations.

The April treks in the Everest region will be swarmed with trekkers. So, it's quite literally impossible if you wish to be left alone during the trek. Venture to this trip in April with this idea engrained in your brain. You do not want to eagerly plan this trek and be disappointed because of the loud noises of crowded trails.

April makes up for a great time trekking in Nepal. We’ve already taken you through what a trek in the Everest trails might bring during April. If you wish to do the EBC trek with Island peak climb in April, remember Marvel Adventure. We at Marvel Adventures, have a great package to fulfill your needs for your April trip.

We will ensure you a great itinerary with guides, permits, transportation, and accommodations. You need not worry about making your own early reservations or doing extensive research. We have you covered.

Contact us at Marvel Adventure for more info or to book your trip.

Send an Enquiry - Everest Base Camp with Island Peak in April