The Manaslu circuit trek takes you to popular destinations like the Larkey la Pass. You will visit various Buddhist settlement hamlets during the trek. The trek requires you to walk for around 13 to 18 days for completion. The Manaslu circuit trek will start from Kathmandu with a drive to Soti Khola via Arughat. A drive back to Kathmandu from Dharapani will mark the trek’s end.

Both Manaslu circuit trek and Annapurna circuit trek come with different variations. The routes and itinerary determines the overall trip days and transportation. Here, we will give you an idea of a generalized trek of these places to help you pick the best trek suited for you.

Differences in the trek 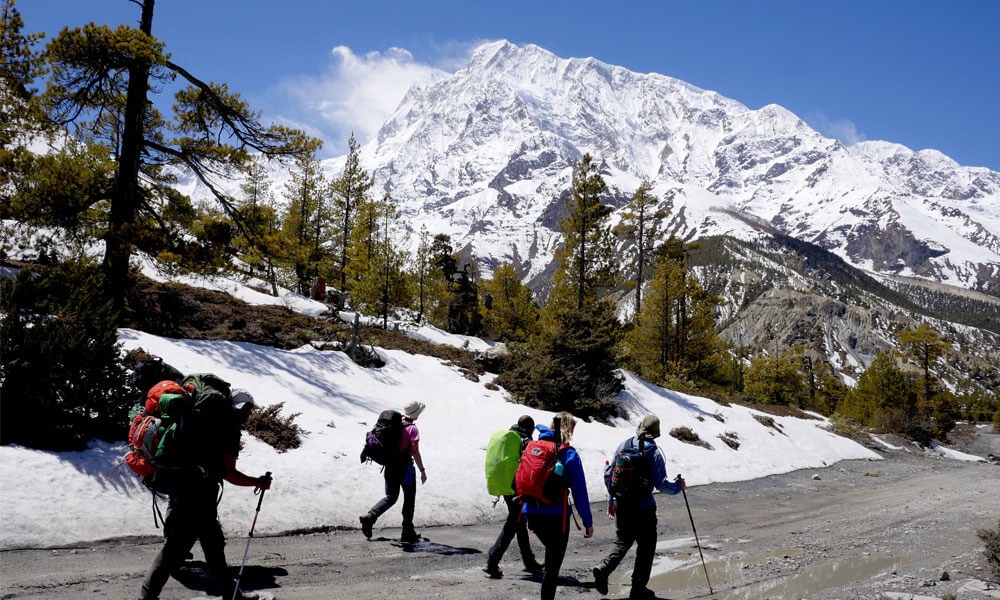 The Manaslu circuit trek begins with a swift drive from Kathmandu to Soti Khola. You trek to Machha Khola and then take an ascent for the most part of the trip. It includes passing through steamy lowlands with rice and millet in terraces. You should also pass the Budi Gandaki gorge and many suspension bridges.

The ascent will include passing from Jagat-Pewa-Namrung-Lho-Samagaon. Samagaon is an acclimatization spot for the Manaslu circuit trek. Further from Samagon, you will trek to Samdo and to Dharmashala, the base of Larkya peak. You ought to cross the Larkya La Pass to reach the next destination of Bimthang. The journey towards Bimthang will start, including the descents of the travel. You will have to trek to Dharapani from Bhimthang and then drive back to Kathmandu.

The Annapurna circuit trek will start from Kathmandu and end back at Pokhara. It starts with traveling to Besisahar by vehicle. Passing Marsyandi river and Kali Gandaki gorge, you will reach Chame. From Chame, you will trek the Annapurna region through an anticlockwise route.

After visiting Muktinath, we will reach Jomsom via Kagbeni; Jomsom is the headquarter of Mustang. From Jomsom, you will drive to Tatopani and trek towards Ghorepani-Poonhill. Then the road takes you on a descent through Tikhedhunga and to Nayapul. Your trek will end with a drive to Pokhara from Nayapul.

Thorong La is a mountain pass in the Damodar Himal that is 5,416 meters above sea level. It is the highest point of the Annapurna circuit trek. The hike of Thorong La pass will give you amazing vistas of the Annapurna Massif, Mount Dhaulagiri, Mount Machhapuchhre, Mount Manaslu, Mount Gangapurna, and Tilicho Peak. Like Larkya la pass, crossing the Thoron La Pass is the hardest part of Annapurna circuit trek.

The Manaslu restricted area permit cost of this permit goes in the following order:

September to November- The first seven days will cost USD 100 per person. You will have to pay USD 15 per person for the additional days.

December to August - The first seven days will cost USD 75 per person. You will have to pay USD 10 per person for the additional days.

(MCAP) Manaslu Conservation Area Permit costs USD 30 per person. Additionally, there are no restrictions or price changes based on how many days you spend inside MCAP.

The fee for this (ACAP) permit is USD 30 per person. Furthermore, no limitations or price variations are determined by how many days you spend inside ACAP.

Similarly, Another is a TIMS card which costs around $17 (NPR 2,000). The TIMS permits card are granted to tourists for their protection while trekking around Nepal. TIMS cards will be registered at various checkpoints along the trails.

People and culture of the region

The trail leading to the Manaslu route starts with local Chettri, Brahmin, and Magar settlements. The three main ethnic groups in the upper region are Tibeto-Burmans, Indo-Aryans from the south, and Mongoloids from the north. Additionally, the further trek of Tsum valley would show you settlements of the Nubri and the Tsum.

You will find varying cultures here, including Hindus in the hilly region and Buddhists on the Tibetan side. Various languages are spoken here, including Nepali and other Sino-Tibetan languages. Some examples are Nepali, Nepal Bhasa, the Nubri, and Tsum languages.

The two main ethnic groups in the region are Gurung and Magar. They also have a Thakali population, with Loba dominating in the north. There are also a few Brahmin, Chhetri, and other occupational castes. Each of these groups has a distinctive dialect in addition to a unique culture and set of traditions. The majority religion in the area is a blend of all Hindu, Buddhist, and pre-Buddhist practices. 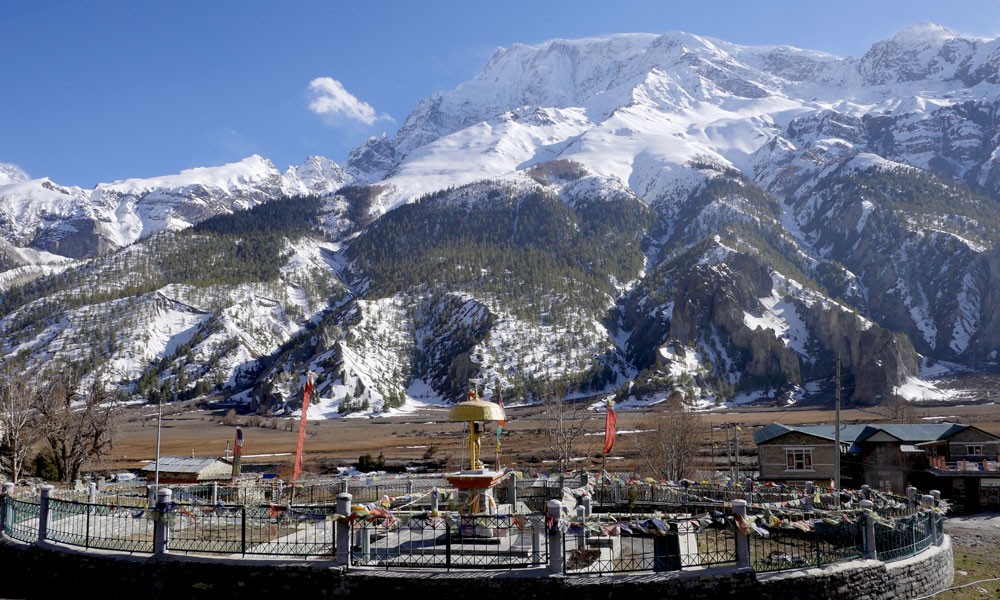 Similarities of the treks

Manaslu circuit trek and Annapurna circuit trek might have myriad differences based on the route, location, landmarks, natural structures, ethnic groups, etc. However, they also share many similarities. The popular high-altitude treks of a relatively closer region are bound to be somewhat similar. These similarities are mostly based on the dangers of the trek, seasonal suitability, etc.

Dangers of the trek

spring and autumn are the best time to trek the Manaslu and Annapurna region. The weather is temperate and dry with clear blue skies. It makes trekking very enjoyable and gives you clear vistas of nearby landscapes. The busiest trekking seasons in Nepal are also spring and fall. As a result, these times of year are also ideal for the Manaslu and Annapurna circuit trek. There are the best times to choose, even in the months of spring and autumn. For these treks, mid-spring and mid-autumn offer the best conditions.

On the other hand, the winter and summer months which bring snowfalls and monsoons, are the off-season trekking time and not recommended. Such seasons bring in very unfavorable weather for trekking. Monsoon brings floods and landslides and destructed slippery trails. Similarly, snowfall brings chances of avalanches and health hazards like hypoxia. The extremely high or low temperatures of these seasons also bring in other health hazards.

Which trek to choose?

The Manaslu circuit trek and Annapurna circuit trek are very similar despite having different destinations. Both show you vistas of similar landforms and take you to similar settlement areas. The cost, trekking days, and routes are the variables you need to factor in to decide which is suitable for you.

Both treks are equally adventurous and give you the best Nepali trekking experience. Choosing which trek to do is yours. The detailed idea we have given you about these two treks will definitely help you.

Contact us if you need more details to choose the trek.