Gurung People and Their Culture

Gurung People and Their Culture

The Gurungs are a Nepalese ethnic group who live in the Himalayan foothills. Their origins are unknown. However, their linguistic evidence suggests that their forefathers migrated from Tibet around 2,000 years ago.

The majority of Gurung villages are found in the foothills of the Himalayas. The village of Lakpra of Gorkha apparently has a historical significance to the Gurungs. The Gruungs reside among the central hills at elevations ranging from 1,050 to 2,100 meters. Hence, it is only natural for Gurungs to inhabit the Manaslu region. Here, we will discuss this population's culture, lifestyle, and history.

As mentioned before, it is believed that the Gurung people migrated from Tibet to Nepal around the sixth century. Their forefathers crossed Tibet before entering Nepal through Mustang. They arrived in Nepal before Buddhism spread to Tibet and later converted to Tibetan Buddhism. As a result, their religion combines Animistic rituals and Buddhist beliefs.

The folklore of Gurungs goes back to the tales of “Ghale raja”(King of ghale). He is considered the ancient king who ruled the Gurungs. Ghale raja is said to have been deposed by the Nepali king of the neighboring principality. The Khas kings of the Shah dynasty are said to be the perpetrators. By the sixteenth century, the Shahs had conquered most of the principalities covering modern-day Nepal.

History says that Gurungs later helped the Shahs by serving as mercenaries in Khasa armies. They also served Prithvi Narayan Shah to help the unification campaign. They are said to have worked with him in his conquest of Kathmandu valley back in 1769. 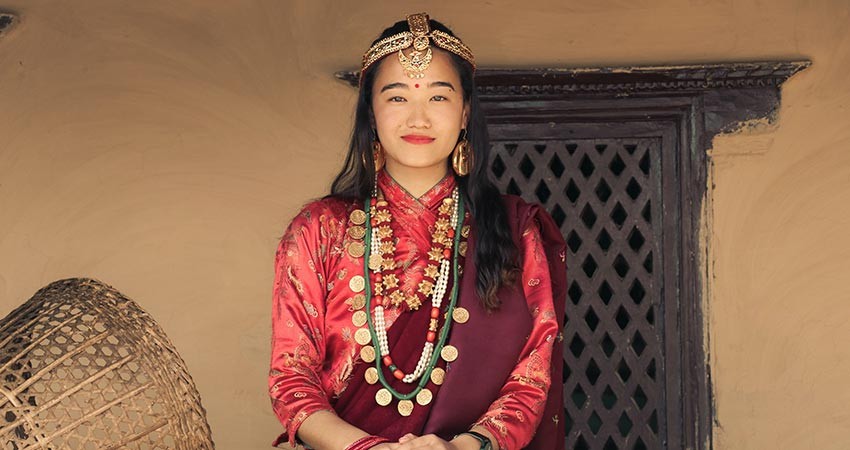 Gurungs obtained relatively high status in the new Nepali kingdom as a result of their service. They continued to serve as mercenaries.

In the nineteenth century, the Nepalese government signed a treaty allowing the British army to recruit people. Natives of the hills, along with the Gurungs, were recruited into the British army as a part of the Gurkha army. The recruitment of British Gorkha’s prioritizing Gurungs are the first piece of documented history of Gurungs. Besides that, very little is known about the history of the Gurungs beyond ancient legend.

The recruitment of Gurungs into the British army is still prevalent. They are often stereotyped as being the “military people''.

The Gurungs are a very sociable fraternity. They are not geographically isolated from other groups. They are highly aware of the social norms and cultural values of the people around them. They have trading relationships with members of neighboring ethnic groups, such as Thakalis and Tibetans.

They also have such relations with high-caste Hindu merchants who travel through the villages selling household goods. There are members of the blacksmith and tailor service castes who live in hamlets attached to Gurung villages. They also have ongoing patron-client relationships with Gurungs.

Gurungs strongly discourage interethnic marriage. But, friendly social interaction with members of other ethnic groups is common. Rituals of friendship (nyel) bonds are created between Gurungs and members of equal-status ethnic groups.

Cross-cousin marriage is preferred among Gurungs. The term "cross-cousin" encompasses a wide range of classificatory relatives. Village exogamy is preferred over the patrilocal residence. The idea of kinship in the Gurung community hence is diverse.

There are diverse sets of kin terms that are both distinct and precise. Birth order and relative age are important to understand the kin structure of the community. Everyone within the kinship structure is addressed by a kin term. A fictive term addresses outsiders.

The Gurungs have their own language, which is a Sino-Tibetan-based language. Along with their native language, they also might speak Nepali. They mostly follow Buddhist lifestyle and culture. The Tamu Lhosar is one of their major celebrations.

Tamu Losar occurs in the month of January on the Gregorian calendar. Family and relatives gather to celebrate. They eat traditional foods and drink homemade alcohol. Cultural events are organized, and they attend Buddhist shrine celebrations and festivities. People can be seen wearing traditional attire to these events.

Such an ethnic group largely covers the central hills encompassing the Manaslu trail. A lot of Gurungs will be found on your Manasu trek. You might find them running tea house businesses as well.