People and Culture of Manaslu region

People and Culture of Manaslu region

Nepal has a very diverse population. It consists of over 70 different races and tribes. The cultural diversity of the country varies based on geography. The northern parts of Nepal are mostly influenced by Tibetan culture. The southern part, however, is heavily influenced by Indian culture. The central hills have Indo-Aryan culture along with the settlement of Newas.

The culture of Manaslu also varies based on geography, like any other place in Nepal. The Manaslu region covers two major hilly and a Tibetan mountain region. It encompasses mostly the north-central or northern borders of Nepal. Here, we will delve into the Manaslu region's diversity of people and culture.

The Chettri, Brahmin, and Magar are where the trail leading to the upper Manaslu route begins. Tibeto-Burmans, Indo-Aryans from the south, and Mongoloids from the north are the major ethnicities in the upper area.

You will also find two major ethnic groups, Nubri and Tsum, inhabiting here. The Chikkur river separates their settlement. You can also see the existence of Nubri Tsum municipality to mark this. Nubri has been open for tourists ever since 1950. However, the Tsum was secluded till the 1990s. The Tsum population has a very authentic culture, art, and tradition. 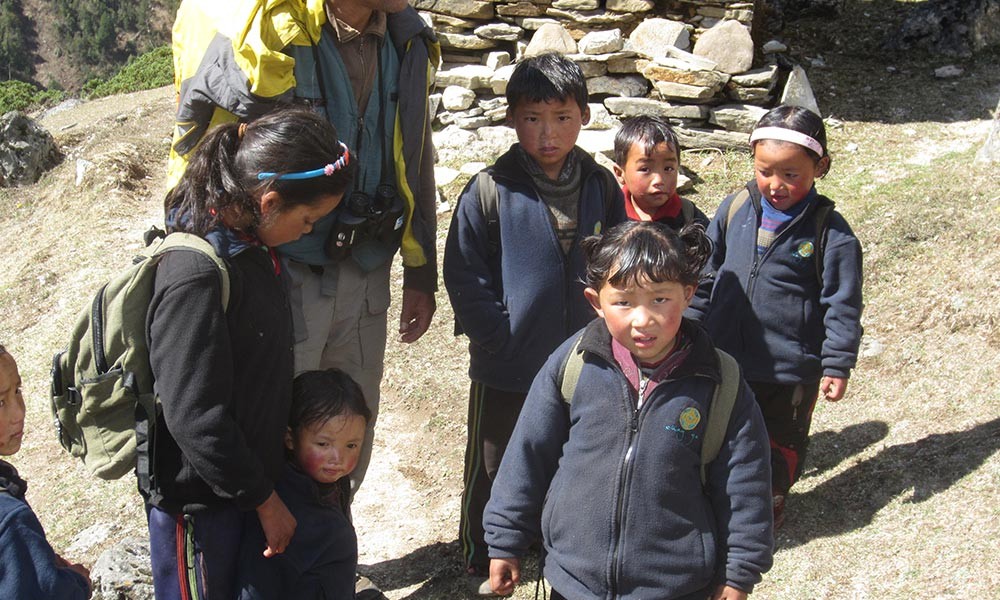 The Manaslu trails begin among the hills. They are the southern part of the trail. This means you will initially find a mostly  Indo-Aryan population in the region. They usually consist of Chhetri, Brahmins, and Thakalis. Along with that, you will also find people from the Magar and Newa communities residing in the region.

You can find Gurungs as the main ethnic group in the region's central hills. Most of them join the Gurkha army in large numbers. Closer to Tibet, you find the Bhutias (also spelled Bhotias), a Tibetan ethnic group similar to the Sherpas. You will see they reside in flat-roofed houses and are firmly Buddhist. The area comprises austere monasteries, mani walls, chortens, and other Buddhist religious structures.

The majority of the Manaslu population follows Buddhism. The beautiful monasteries in this area serve as gathering places for pilgrims who live in these areas. These monasteries clearly display tradition and the art of living.

The gompas of the region carry a lot of cultural values and history. The major gompas surrounding Manaslu are Mu gumba 3510m, Gumba lungdung, Rachen gumba, and Sarang gumba.

People here celebrate different forms of Lhosar based on their culture. Sonam Lhosar, Gyalpo Lhosar and Tamu Lhosar are its variations.

Lhosar is a big festival in Nepal. 'Lo' stands for new, and 'sar' stands for year. As a result, Lhosar marks the beginning of a new year for Nepal's Tamang, Gurung, and Sherpa people. On other days, each group celebrates a different Lhosar. On this day, all Buddhist religious buildings in Nepal are cleaned and decorated. It includes family gatherings, feasts, and cultural events.

You will also find people in the lower hills mostly respect and practice Hinduism. While walking the trail here, one will also pass by major local shrines and temples. Festivals here are very important for the unity of the people and are also a great way to showcase the locals' traditions. As a result, Lhosar and other local festivals are celebrated with joy.

There are variables in the languages spoken in the Manaslu region as well. It consists of people who are native to Nepali, Nepal Bhasa, the Nubri, and Tsum languages, and other Sino-Tibetan languages.