People and culture of the Everest region

The Everest region is a world-famous tourist destination. Tourists from all around the world come here to experience the vast mountain range. But, the Everest region’s mountain trails are not the only fascination it offers. The people and culture of Everest are equally as fascinating. The majority of people residing in the Everest region are Sherpas.

The Sherpas of Everest are unique. They are mountaineering pioneers. Without them, the ascent to the Everest and many more mountains would be impossible. Their culture and lifestyle are also fascinating. It does not coincide with the typical Khas- Arya Hindu culture of most parts of Nepal. 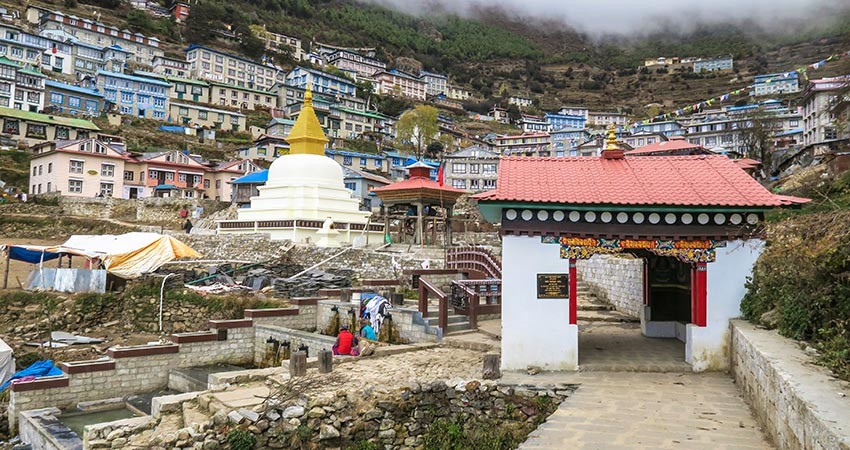 Here, we will learn in detail about these people and the culture of the Everest region.

The Sherpas, also known as Sherwa, are a Tibetan ethnic group native to Nepal's highest mountains. They are also indigenous to Tingri County in Tibet's Autonomous Region and the Himalayas. Sherpa or Sherwa is a mix of two Sherpa root words. Sherpa is made up of the words shar ("east") and pa ("people"). It alludes to their geographical ancestors in eastern Tibet.

The majority of Sherpas live in Nepal's eastern regions and Tingri County. Some live in the Rolwaling Valley, Bigu, and the Helambu region north of Kathmandu, further west. They also constitute the majority ethnic group in the Solukhumbu region. Mount Everest is located in Solukhumbu.

The Sherpa language is distinct as it is primarily spoken. However, it is occasionally written in Tibetan or Devanagari script.

Most Sherpas live in Nepal and speak Nepali along with their native language. Tibetan is spoken by those who have been educated in Tibet or in Tibetan Buddhist monasteries. The majority of those who make a living from mountaineering are multilingual. They can also communicate in one or more of the languages used by climbers and tourists.

Sherpas construct gompas to practice their religious practices. Tengboche was the first celibate monastery in the region. Many of these monasteries can be found along Nepalese mountain trails. Based on this, you can deduce that Sherpas live nearby.

The majority of Sherpas are Buddhists. Their main festival is the Loshar festival. Lhosar's Sherpa name is Gyalpo Lhosar. It falls in February or March on the English calendar. Guthunk and Chhyang (Tibetan beer) dumpling feasts are held to commemorate the occasion. The houses are thoroughly cleaned, with special emphasis on the kitchen, where the family eats.

They also celebrate a festival called Mani Rimdu. It usually falls during October. The festival is significant to the Sherpa. It is celebrated massively in the Tengboche monastery. In the Everest region, it is celebrated with immaculate views of the Ama Dablam mountain. Monks perform symbolic dances to commiserate the festival. They do acts of vanquishing demons wearing elaborate outfits.

Sherpas have many supernatural beliefs. They believe in reincarnated spiritual leaders as well. Sherpas have a strong belief in valleys and hidden treasures. They are firm believers in the Yeti. People have believed in the existence of the Yeti for centuries. The Yeti is frequently depicted in traditional paintings as a human-like creature with long, shaggy hair.

Also, traditionally, women wear Tongkok. They are long-sleeved floor-length wool dresses. In warmer weather, they wear angi, a sleeveless variation, over a raatuk (blouse). These are paired with brightly colored striped aprons, metil in front and gewe in back. The clothes are held together by an embossed silver buckle called kyetig. 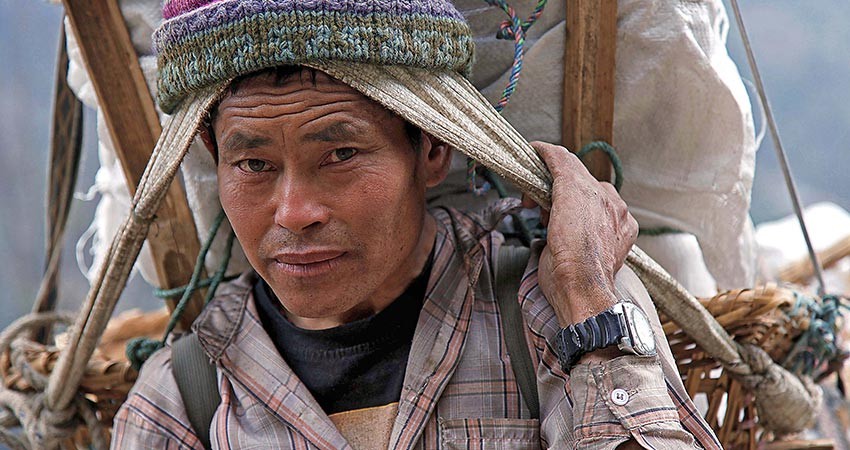 Many Sherpas are well-known as elite mountaineers and local experts. They were useful to early Himalayan explorers. They served as guides at the high altitudes of the region's peaks and passes. Sherpas were particularly involved in expeditions to climb Mount Everest. Tenzing Norgay Sherpa being among the first expeditor is proof.

Today,“ Sherpa” is stereotypically used to refer to any guide or climbing supporter hired for Himalayan mountaineering expeditions. Most traditional Sherpas make a living out of mountaineering, even in current days.

In the Everest region, most accommodations are managed by Sherpas. The Sherpa community populates the Namche village. You get great hospitality from them when you visit Namche.