People and Culture of Annapurna Region

People and Culture of Annapurna Region

Each of these groups has its own dialect as well as its own culture and traditions. A small number of Brahmin, Chhetri and other occupational castes also exist. People practice Hindu, Buddhist, and pre-Buddhist religions. A religious mix of all of these is prevalent throughout the region.

The Gurungs of Annapurna are ethnic groups native to Nepali hills. The Gurungs have their own language, which is based on Sino-Tibetan. They may also speak Nepali in addition to their native language. They primarily adhere to the Buddhist lifestyle and culture. Tamu Lhosar is one of their major festivals.

Tamu Losar is observed in January on the Gregorian calendar. To celebrate, family and relatives gather. They consume traditional foods and homemade alcohol. They organize cultural events and attend Buddhist shrine celebrations and festivities. At these events, people can be seen dressed in traditional attire.

The Loba people are Buddhists of the Shakya sect. They practice polyandry meaning a woman marries multiple men. It reduces the likelihood of a woman becoming a widow during her lifetime.

The Loba people were cut off from the rest of the world until 1999. The rough terrain that surrounded their villages was the cause. But rapid modernization is now threatening their long-held cultural beliefs and traditions.

The Thakali religion combines Tibetan Buddhism and Hinduism. It also incorporates Dhom, a native belief. Dhom is shamanistic animism practiced throughout the Himalayas and Tibet.

Thakali meal is made with grains grown locally, including buckwheat, barley, millet, rice, maize, and dal. A type of dal is also made from dried, ground buckwheat leaves. Other special pickles, gundruk, and ghee are also included. Thakali food platters are popular all over the country. 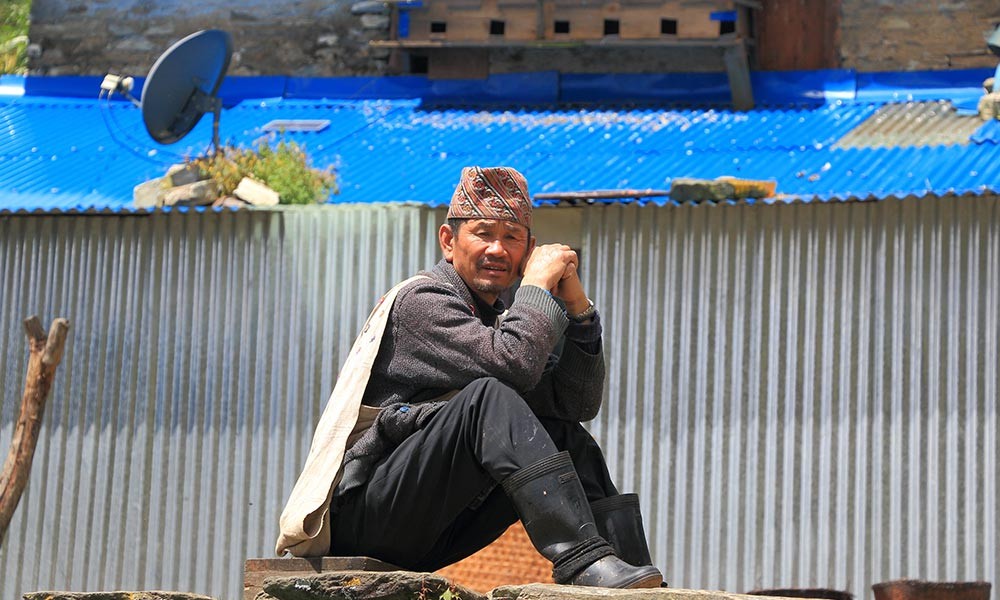 Magars are Nepal's third most populous ethnolinguistic group. They live in Nepal's central hills. The Magars speak their own language. Different Magars, however, speak in different dialects. They are divided into three dialects: Magar Dhut Dialect, Magar Kham Dialect, and Magar Kaike Dialect. The dialects differ depending on the clans and the Magars' geographical location.

Magars believe in Buddhism, Bon, and Hinduism. The Magar people's original religions or beliefs were shamanism, animism, and ancestor worship. Shamanism is practiced by the Magars of northern Nepal (Bon). However, the Magars of Western Nepal have been practicing Lamaism (shamanism).

The Annapurna region is culturally diverse. But the diversity makes the people and culture of Annapurna region a unit.  As a result, the region has seen an increase in the number of festivals and celebrations.

Yartung Festival is a horse racing festival popular in the region. It falls during a full moon of August/September. The Tamu Lhosar is celebrated as the Gurung’s new year. People also celebrate Metha, a festival of archery popular during the spring. These festivals have gatherings and family meetings, making for a lively experience.

Agriculture is the Annapurna village's main practice. The residents grow maize, millet, rice, barley, buckwheat, potatoes, local peas, and beans. Traditional farming methods such as hoeing and plowing are still in practice in all hill villages. Cattle and sheep continue to graze on designated lands. Traditional village subsistence economies have shifted from pastoral to agricultural. 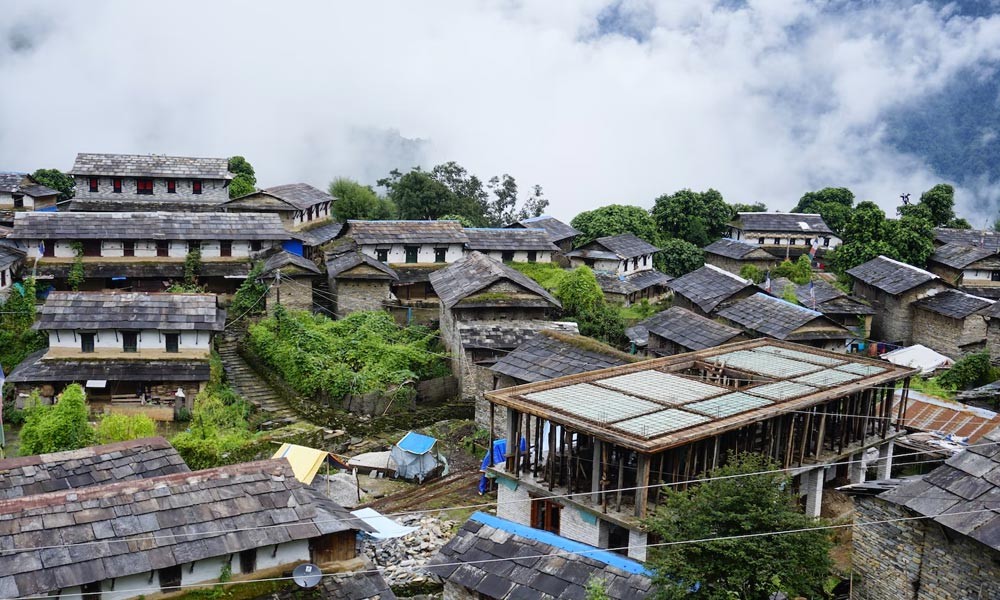 Other economic alternatives such as trading and migrant labor provide additional sources of cash income in the villages. Hotels and lodges along trekking routes have also contributed to people's economic well-being. Villagers can supplement their cash income by working as daily wage farm laborers and porters. People also teach in schools and colleges and serve in government.